Growing up in Canberra and Newcastle, Claire began studying theatre from an early age at Stage Coach, Young Peoples Theatre of Newcastle and Tantrum Youth Theatre.

Claire appeared in numerous plays whilst studying Drama and English at The University of Newcastle. She had in leading roles in The Measures Taken, and Our Town as well as with Allegro Theatre Company in The Glass Menagerie (CONDA Nomination for Best Actress), The Exception and The Rule and Suddenly Last Summer (CONDA Award for Best Actress).

Whilst studying in the UK, Claire worked extensively in theatre in Glasgow,
Edinburgh and London appearing in productions such as All in the Timing with company USA/Glasgow, The Lost Ones at The Edinburgh Fringe Festival and Fear and Misery of the Third Reich.

Claire co-wrote and performed in a TV Pilot, The Judas Tree, a dark comedic piece set in different time zones. After graduating from Royal Conservatoire of Scotland and immersing herself in the New York City and London theatre scenes, Claire felt a natural pull in the direction of creating her own work as writer/director and producer.

Claire was invited by colleague, Brendan O’Connell, to direct a play for his Newcastle company The Keyhole Project. This was Claire’s first foray into simultaneous writing and directing with her play Actors Anonymous. This starred O’Connell as well as Frances Crane and Johnny Carr. A sell-out success, the play went on to have two follow on seasons in Sydney. 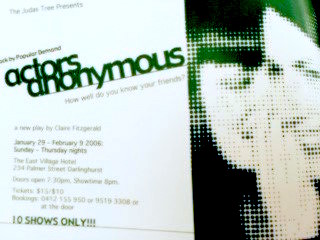 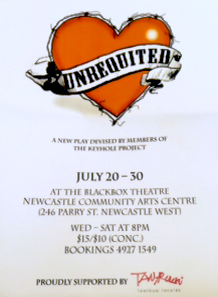 Claire immediately went on to direct Unrequited also for The Keyhole Project. This was a devised piece about obsession with a large cast, for which Claire received a CONDA nomination for Best Director.

Claire has specialised in working as a Dramaturge and Director of one-person shows, some of which have appeared in The Edinburgh Fringe, New York Fringe and Melbourne Fringe Festival. She worked extensively with Andrew Benson on his “Tea and Timeless Advice” show and “Christmas Show” which performed at The Seymour Centre, Melbourne’s Butterfly Club and Downstairs at The Capitol.

After seeing the award winning two-hander Matt and Ben at The New York Fringe Festival and returning to Australia in 2005, Claire secured the rights to the Australian premiere. She produced a three week sell-out Sydney season at Tap Gallery, with Yvonne Strahovski (24, Dexter and Chuck) in the role of Matt. 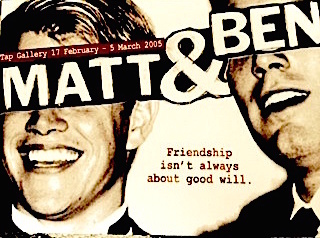 In 2006 Claire and Andrew Benson formed the fringe theatre company The Judas Tree which operated out of The East Village Hotel in Darlinghurst. The company produced a season of popular theatre including Actors Anonymous, The Phallacy, The Marriage Wreckers, 15 and Then Some, The Antarctica Chronicles (which then went on to New York Fringe) and The Mediator. In case you were wondering, artists who worked for and with the company included Caroline Craig, Toby Schmitz, Jessica Manuel and Nicholas Cooper. 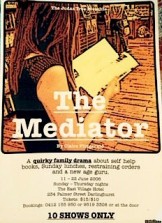 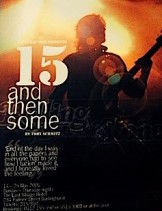 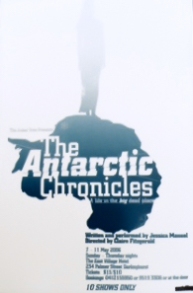 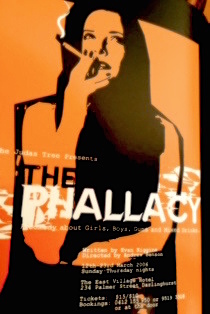 Claire’s work as Artistic Director of The Judas Tree involved producing, directing and writing scripts as well as running workshops and rehearsals within the performance space.

Later in 2006, Claire was invited by Sydney production Company, Filmgraphics Entertainment, to oversee their film department. Her role was to read screenplays that had been submitted to the company, edit screenplays, and adapt screenplays from texts that the company had optioned. Her other work there included assisting in TVC production and casting as well as submitting and creating new ideas for film and television companies. Claire wrote and directed the MTV Award winning short film, Shittland, which screened internationally.

In 2007 Claire was awarded the nationally renowned prize of Artist in Residence at Newcastle’s Cultural Centre, The Lock Up, to develop her original play/screenplay Swamp Donkeys. Over a period of ten weeks, Claire ran weekly acting workshops and rehearsals with local actors of varying experience, which culminated in the performance of two live readings.

Since 2008, Claire has been juggling full time motherhood, teaching workshops and developing her own creative projects. She is married to Academy Award nominee Steve Pasvolsky (Inja, Deck Dogz) and is the sister-in-law of actor Jonny Pasvolsky (Mortecai, Underbelly, McCleod’s Daughters). Claire and Steve currently live in Newcastle with their three young children. 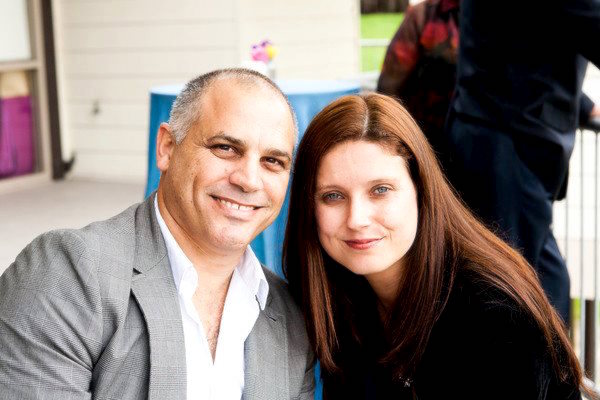 Claire currently works as a Writer and Director, as well as a Coach for emerging actors, writers and creatives. Her recent creative projects have include both screenplays and live performances for stage shows such as Radical Shifts in Perception and Deconstructing Lolita.

In 2014, Claire founded Pasvolsky Actors Studio (2014 – present), which provides a safe, nurturing and empowering environment for actors to flourish in their craft. The 5-week courses cater for adults ranging from beginners, intermediate students, to advanced actors. 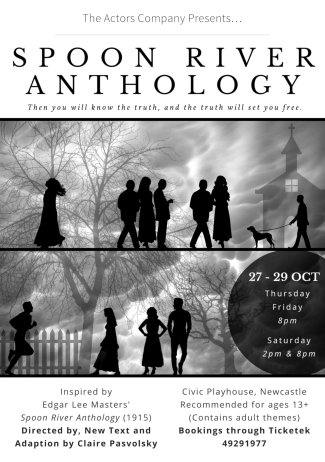 “I am passionate about inspiring a love of performance in my students, and it is my intention to bring out the best in my students.” – Claire Pasvolsky.