Behind all of Pasvolsky Actors Studio’s courses, workshops and performances are Claire Pasvolsky and Naomi Dingle. The pair met in February of 2016, when Naomi assisted Claire in developing and directing her new text and adaptation of E.L. Masters’ ‘Spoon River Anthology’ (1916) with The Actors Company. They continued working together beyond the success of the show, and have gone on to deliver every new course and performance with Pasvolsky Actors Studio since August 2016.

As the Artistic Director, Claire conceptualizes and delivers all of the Pasvolsky Actors Studio courses on offer, and she oversees and directs the Studio’s productions. She also provides corporate presentation training, creative coaching and workshops to companies and individuals. Beyond Pasvolsky Actors Studio, Claire is currently a script consultant and casting director.

MORE ON CLAIRE’S EDUCATION, BODY OF WORK AND AWARDS 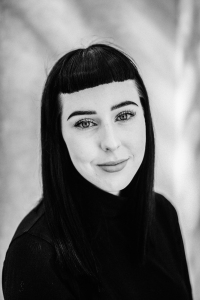 Naomi assists Claire in the development and delivery of courses for the Studio, in addition to producing and coordinating the productions. She is also responsible for the publicity efforts and online presence, including media production and management, and her original graphic design. She is a current student at the University of Newcastle. Naomi has extensive training in the performing arts, especially stage acting, and is gaining more experience in directing.